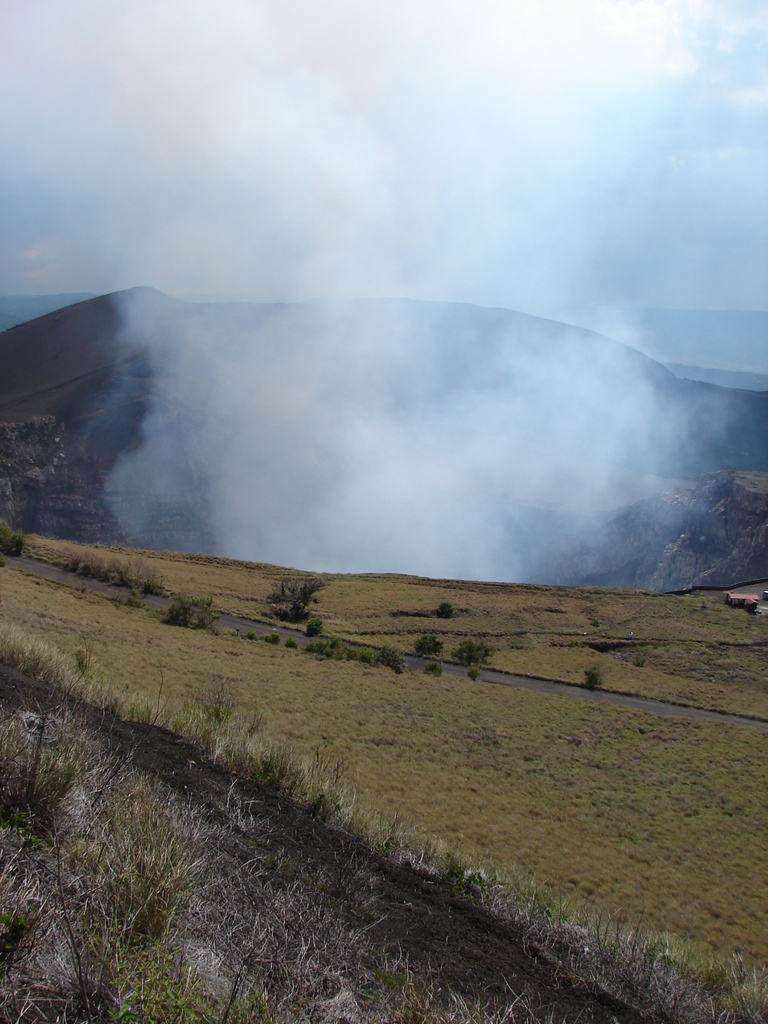 we set out for another tourist like tour of the country, but this time (after talking to the people at the hotel) we decided to check out other popular stops outside the city.

South of the City of Managua is the Parque Nacional Volcan Masaya, the countries largest National Park and one of several protected areas of Nicaragua. The Masaya is a shield volcano composed of nested about thirteen vents, calderas and craters composed of basaltic lavas and tephras (air borne material produced by volcanic eruptions). It formed over 2500 years ago by a basaltic eruption, since then a new basaltic complex has grown from eruptions from a set of vents that include the Masaya and Nindiri cones. 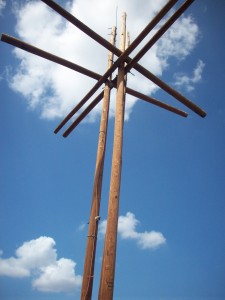 of sulfur dioxide gas into the air and is the main attraction to most visitors to the park. The smoke is thick enough that it can easily be depicted from a satellite image. Climbing up to the edge of the Masaya crater provides an immaculate view of the surrounding country side as well as a picturesque nature view of the interesting flora and fauna that co exists within the crater itself.

A set of stone steps takes you to a high viewing point above the smoking Santiago crater and at the top is a large wooden cross called the Borbadilla cross that was planted near the border of the crater in order to exorcise the devil, because it was believed that this was the entrance to hell.

Easy to understand why people could think of something like this. I am not sure if the Volcano had anything to do with it, but the day that we visited the park felt like one of the hottest days of the trip so far and I ended up with a bit of a sun burn as well. So needless to say I had no problem leaving and heading to our next stop on the trip. 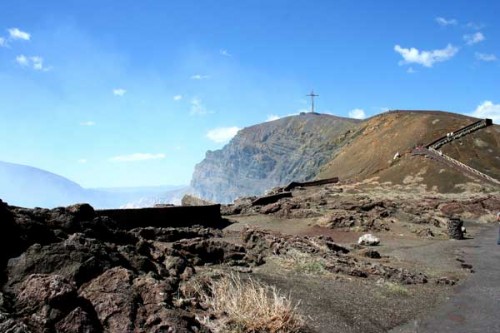 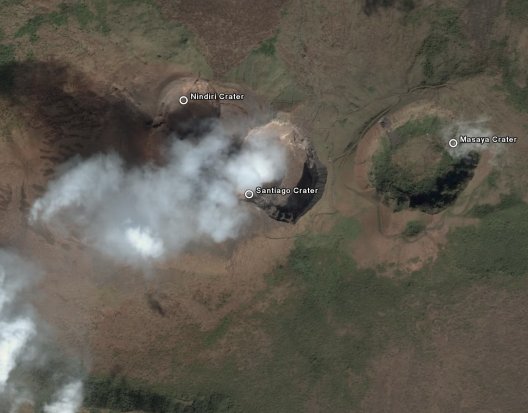