GPS technology has been around a lot longer than most people give it credit for. Just a couple of years ago, The Atlantic did a write-up about Roger Easton, the man credited with much of the creation of early GPS and said that his work began in the mid-1960s. At the time, GPS was meant more as a means of tracking satellites during the space race than for pin pointing our own positions on Earth. And that only makes the technology’s evolution all the more incredible. 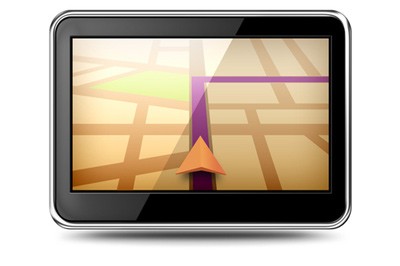 Most of us started to notice or care about GPS once it started being packaged into devices that we could put in our cars for purposes of easy routing information. This development, as well as the emergence of tools like Google Maps and Apple Maps on smartphones, turned GPS into a personal tool that individuals use on a day-to-day basis.

Now, not even a decade after the smartphone revolution took off and put GPS into the palms of our hands, GPS is taking on another new purpose. The growth of more sophisticated GPS technologies has led to the birth of the telematics industry. This industry is the idea of using computers and mobile technology together to improve the management of vehicles and even the environments around them.

What may first come to mind when you hear about telematics is the idea of self-driving vehicles, and that’s where modern GPS is having some of its most significant impacts. The use of “differential GPS” has improved location tracking to centimeter-level accuracy, which has profound implications for the coming autonomous driving movement. Instead of only using signals from satellites, this new brand of GPS can also pick up on reference points on the ground, ultimately compiling all of the data to make for a more precise picture of location. This sort of technology, working in conjunction with an array of other sensors on a vehicle, is what will make self-driving cars possible (and safe).

If GPS is enabling self-driving vehicles, it’s also important to realize the scope of that impact. We tend to imagine things on a personal level when this topic comes up, and who could blame anyone for doing so? The idea of getting into your car, telling it where you want to go, and sitting back to enjoy the ride seems like something out of a science fiction film, and it’s still hard to believe that we’re on the cusp of this vision becoming a reality. But GPS-enabled autonomous vehicles have far broader implications than simpler and more relaxing daily commutes.

On the one hand, we should also consider autonomous driving as it relates to industry. Large companies with expansive shipping fleets are already starting to implement “smart” features in their vehicles in order to ensure safer and more efficient transportation of goods. If the trucks on our roads are run by advanced GPS and autonomous driving systems in the near future, it stands to reason that shipping operations will become quicker and more reliable, possibly resulting in more affordable products. Fleet vehicles will also likely be practicing safer habits, making our roads a little less hazardous.

Additionally, the advanced GPS and smart features in autonomous vehicles also have the potential to significantly change our urban environments. A smart car interacting with its environment enough to navigate on its own is also sending data out regarding its location. This can (and will) result in automatic traffic monitoring, such that people will be able to get a clearer picture than ever before of what the streets will be like at any given moment. For that matter, we may even be able to look at an app or a public guide of some kind and see where there might be an open parking spot!

GPS has a great deal to do with ushering in the transportation of the future, and the way things are moving lately, that future may arrive sooner than most anticipated.

Total stations combine a number of technologies to achieve remarkable accuracy and reliability. The first, an extension of traditional transits and theodolites, is the ability to …

The total station can be used to survey in locations where you do not know the value of the point upon witch it is setup upon. This technique is often used when you have two points with known established coordinate values but are not in an ideal place to perform your survey from, or at times where you wish to progress further into an unknown survey region. 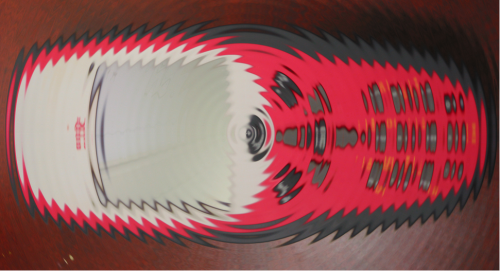 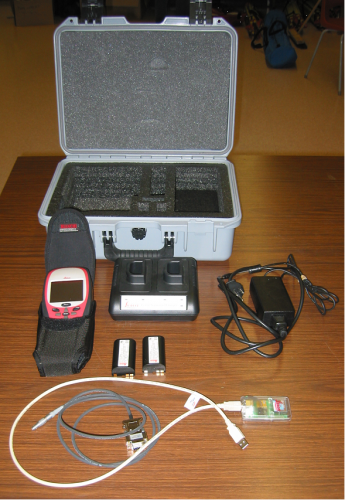 The Leica GS20 PDM (professional Data Mapper) handheld GPS unit was a small GPS device that was included with the RTK GPS unit that was purchased for my LIDAR research project at the AGRG in 2003.

“The GS20 PDM combines the simplicity of a recreational GPS with the power and flexibility of a professional grade mapping system. Providing you with a true turn-key GPS mapping solution, the GS20 PDM is a GPS receiver, antenna, and data collector, all in an ergonomic handheld. With the GS20 PDM, powerful functionality doesn’t mean difficult to use. The menu-driven interface and graphical map display make it easy to learn so field crews can start collecting data right away.”

The unit itself was a well designed, quality built weather proof GPS instrument, (much similar to the Trimble one that we had), but did not get much use mainly due to the fact that we had plenty of GPS gear available most of the time and my project required the more accurate equipment. Some of the other research projects used these units most of the time.

The GS20 did not come with very good user guides so Jonathan and I created a brief user guide for the group. The user guide covers the basics needed to use the device for data collection, such as how to create a code list, importing way-points, downloading data etc.

At the time there was not much material available online but since that time plenty of other guides have been created so I have included a few links to ones that we found useful.

Included here is a report written for an ArcPad / Trimble mobile mapping project, a presentation that covered all aspects of the project and more general information and links about GIS mobile mapping. The report includes all code used in designing the ArcPad application (visual basic, XML etc). The presentation was presented at COGS in Lawerncetown, Nova Scotia during the fall of 2003. The existing AGRG weather station network now consists of 14 tripods and 1 tower setups (as of Aug 2004).