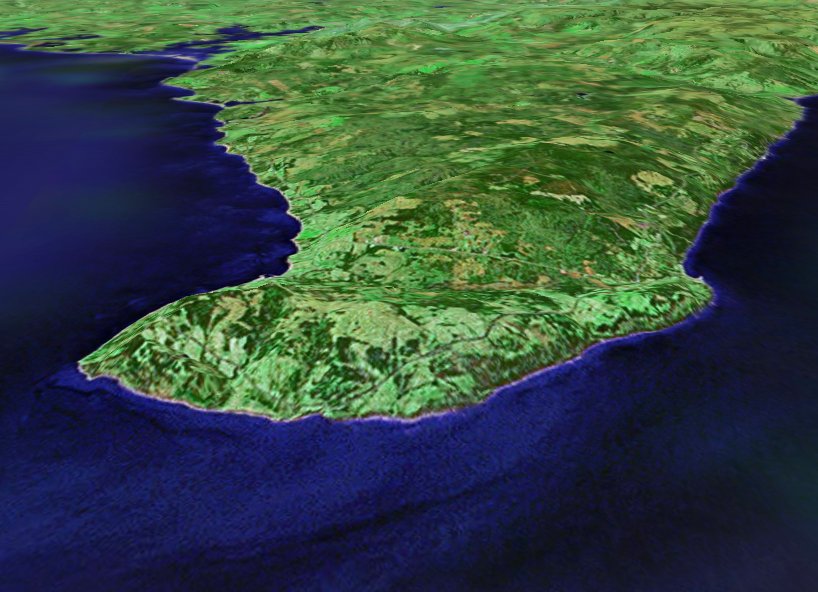 Most imagery (and/or spatial data) that we view in geomatics is typically viewed vertically downwards from the source toward the map or image. This typical aerial view that we are accustomed to using, allows an abundant amount of information to be represented spatially within a two dimensional cartesian representation. However, occasionally it is useful for us to change our focus from the default traditional view and use a more complex three dimensional visualization view of the data.

This type of terrain model is commonly referred to as a perspective view and often reveals additional information by allowing us to observe the same data obliquely.. In order to do this each location of the image needs to be transformed from the traditional 2-D to a 3-D projection coordinate system.

A perspective view is not really a new tool as it has been around for centuries, but it has become a popular component of most geomatics projects. “A Perspective is a rational demonstration by which experience confirms that the images of all things are transmitted to the eye by pyramidal lines. Those bodies of equal size will make greater or lesser angles in their pyramids according to the different distances between the one and the other. By a pyramid of lines, means those which depart from the superficial edges of bodies and converge over a distance to be drawn together in a single point” (Leonardo da Vinci)¹.

Data integration and overlays are very common with perspective views because it allows traditional flat images to become new products by incorporating an elevation component and providing a new look at the same data. It is also probably used more so for visual appeal then as another method of extracting data.

Sample image on the right is a 3D perspective view of Cape George, Nova Scotia (just north of Antigonish), created with LandSat imagery drapped over a digital elevation model (DEM).

[* quote 1 is from – O’Connor and Robertson (2003) Mathematics and art – perspective www-groups.dcs.st-and.ac.uk/~history/HistTopics/Art.htmlJanuary]

This poster is of a mosaic of multi-temporal infra red LandSat imagery of the Annapolis Valley in Nova Scotia. The top image is a false color composite (FCC) using LandSat bands 7,4 and 3. The bottom image image is a true color composite using LandSat bands 3,2 and 1. It was one of the first image mosaics that I ever created with PCI orthoengine while studying remote sensing at COGS in 1999. 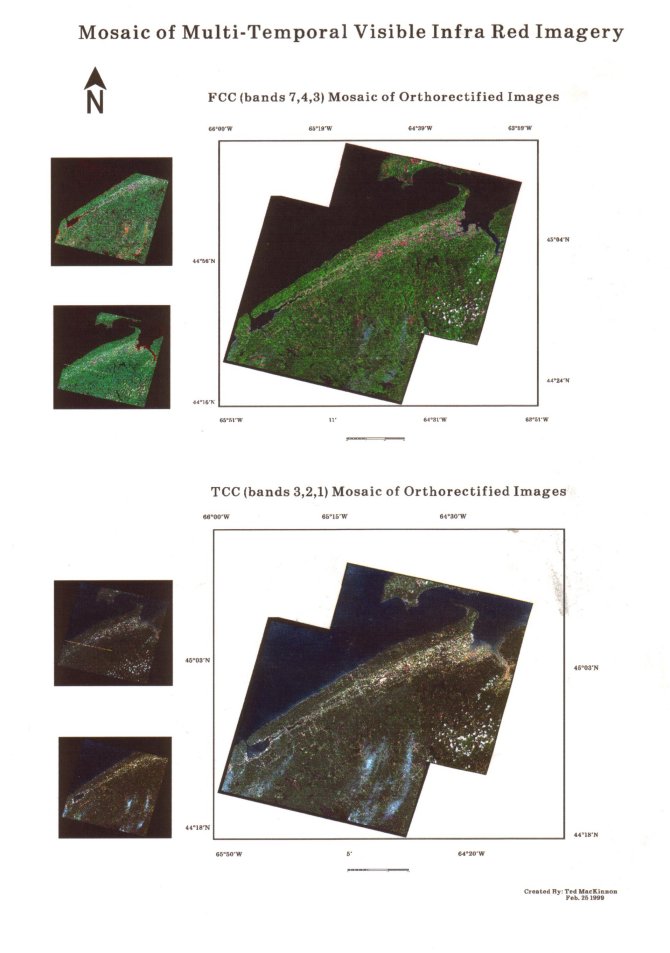