So unlike most of my jobs that I normally get sent on, this particular one has provided me 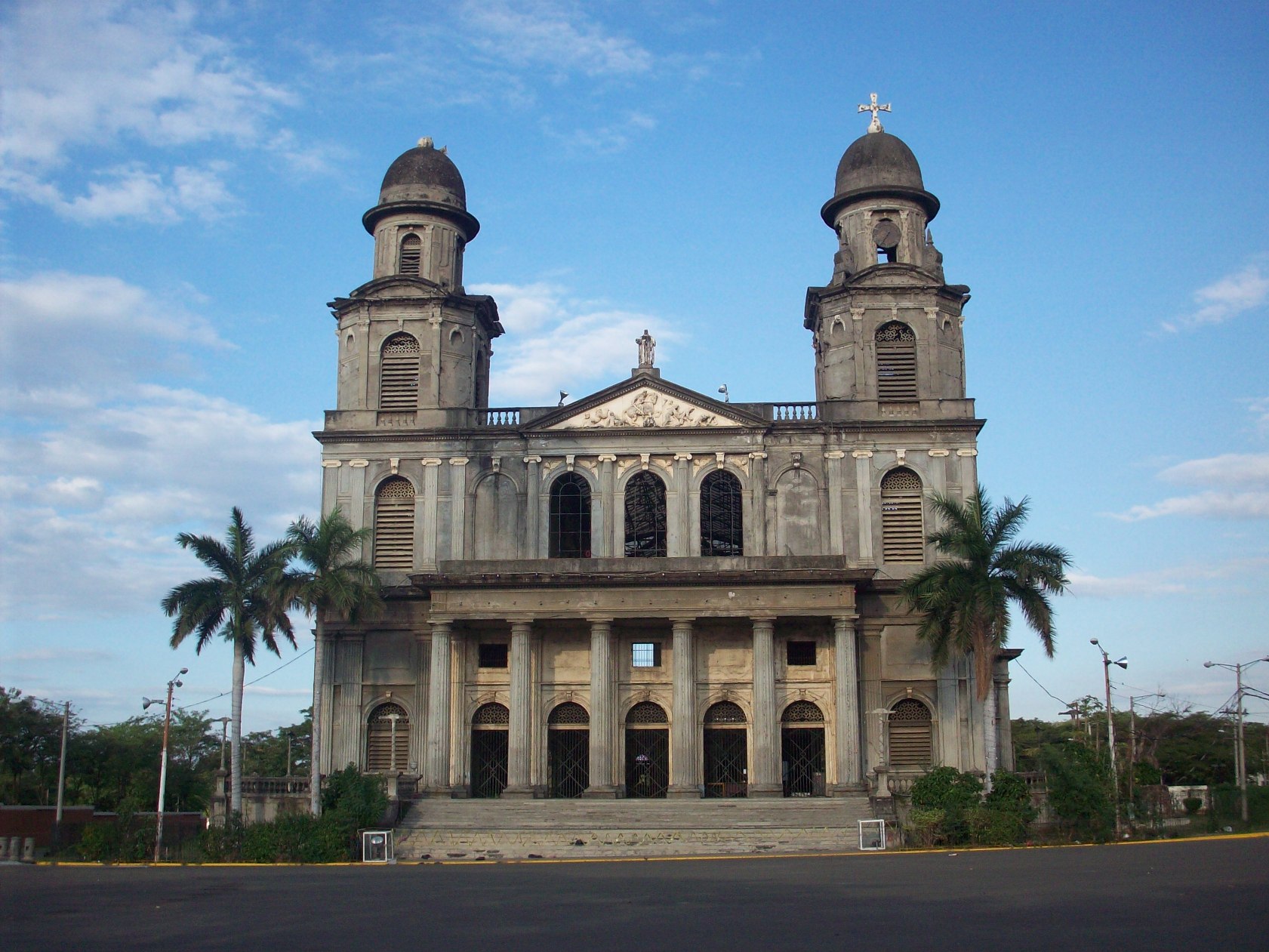 an abundant amount of free time due to some security / customs issues involved with our survey gear (fortunate for me, not so fortunate for our company), so I have had amble time to explore the city and it’s culture. Most times I that I travel to pretty cool places, people back home are always shocked when they find out that I did not take the time to explore, so this time I took advantage of the opportunity.

On one of our free days while we waited for customs to clear the red tape (paper work or what ever they wish to call it …) we hired a local taxi driver to take us on a tour of various parts of the city (the places that they typically take tourists to see, instead of us just sitting by the pool … and enjoying mucho las Cervezas). And perhaps getting some education and history at the same time. One of the stops was at the old Cathedral of Managua. An old Roman Catholic cathedral built by the Dutch in 1920. It currently has been condemned and no one is allowed to enter due to the destruction that occurred during a massive earthquake that happened here in 1972. This was not the first earth quake that damaged the church, it had previously survived the earthquake of 1931. After the major destruction, it was condemned and a new Cathedral was constructed. But thanks to new technology the restoration of the building is now possible and the Catholic church is currently planning on restoring the heritage building.

a stop on our tour. It was designed by an architect and inaugurated in 1993 to replace the old cathedral that had been damaged by the earthquake. We were told that the new cathedral created a lot of controversy mainly because its architectural style and costs involved. Witch one can easily understand as this building, although may be an interesting architectural piece of work, looks nothing like the original.

The National Palace also known as Palacio Nacional was adjacent to the Old Cathedral of Managua is known as one of the most impressive buildings in Nicaragua. 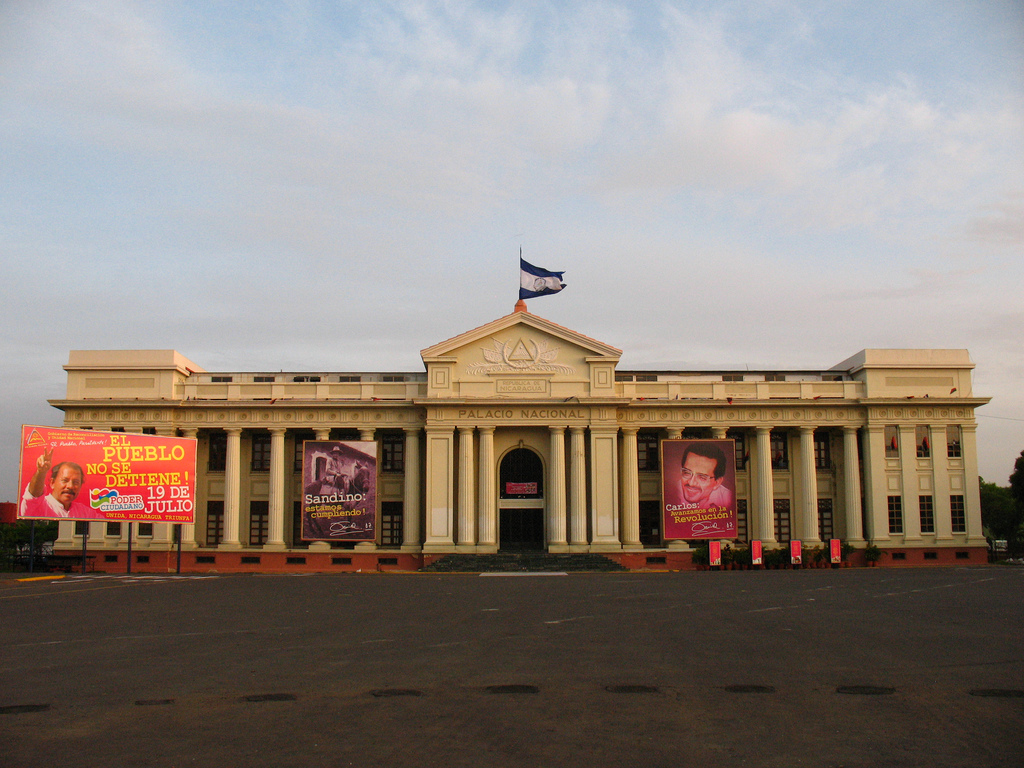 It was constructed in 1935 after the first earth quake and it apparently houses plenty of history. For more than 50 years it was used for governmental offices but now houses the National Archives, the Nicaragua National Library, and the National Museum. It is open to the public but was not open when we were there. Apparently (as per the guide since we did not see) the museum features paintings, statues, ceramics, etc. The Palace was one of few key buildings that survived the 1972 earthquake.


On the far side of the Lagoon is the statue of Sandino which is a Silhouette statue of General Augusto C. Sandino, He is known as Nicaragua’s national hero and the statue stands about 59 feet tall. We were told that on the crater lip of Tiscapa, there is the Las Masmorras (a prison), this is the place where Somoza tortured the current President Daniel Ortega and many other political prisoners (however, this site is not open to the public – so no photos). 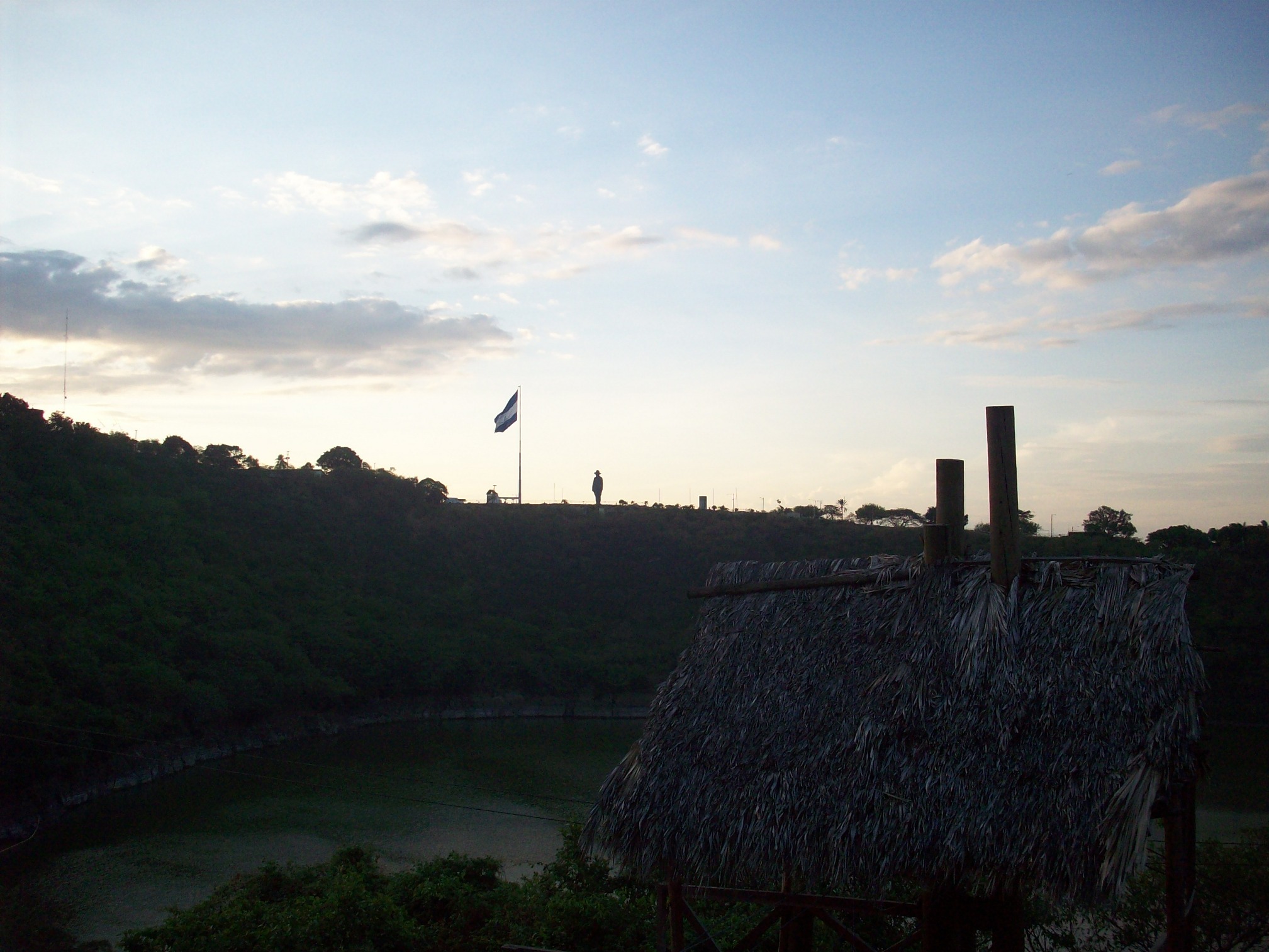 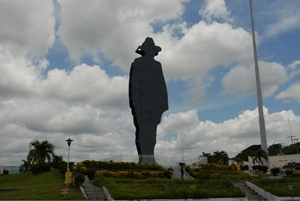 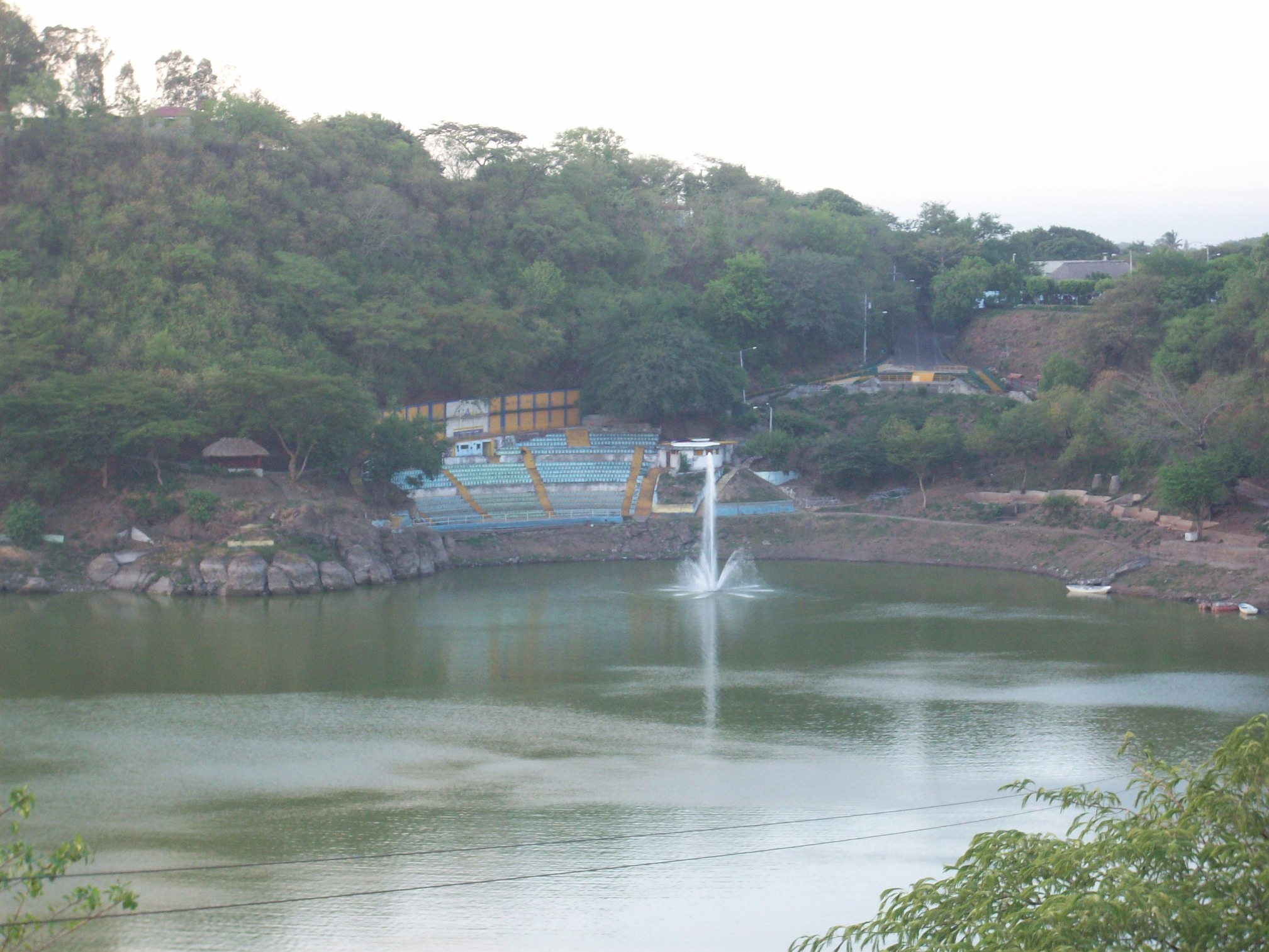 wow … that is a lot of history and education for one day … back to pool side for me :)

More posts from My Travel Blog 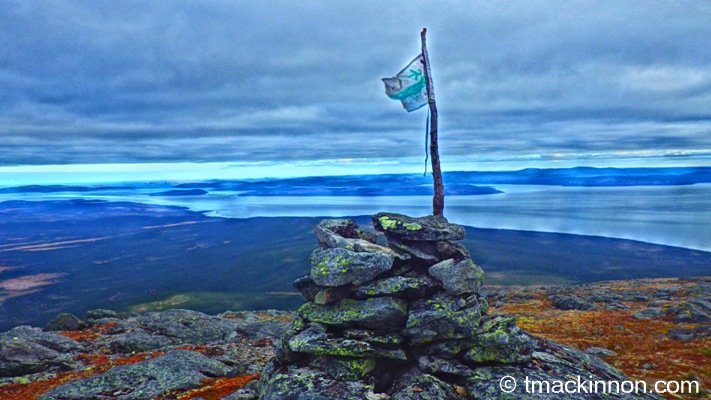 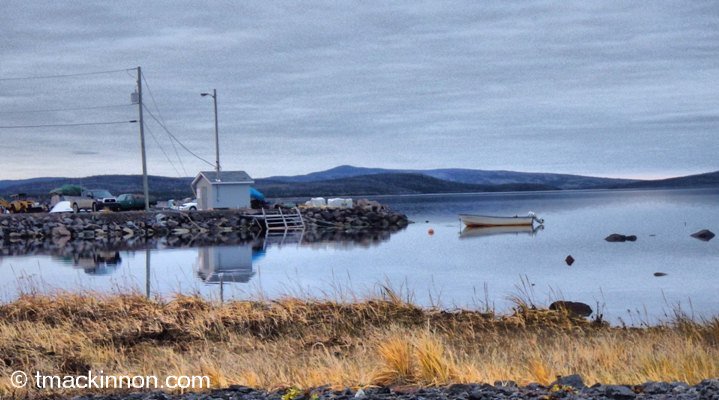 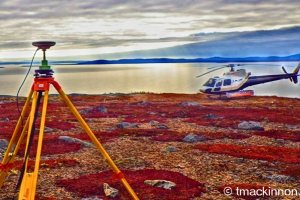 More site seeing in Managua, Nicaragua (May 2009)
Scroll to top