So after doing the touristic thing in the city of Granada we moved away from that theme and on to the ecological tourism side of things by going on a guided boat tour of Archipielago las Isleta, on Lake Nicaragua, a few minutes south of Granada.

Our young tour guide promised us that on the tour we would see where some of the richest in the country live, see some historic forts and buildings and perhaps see some wild life and nature. Very exciting to some I sure but more so just a nice change 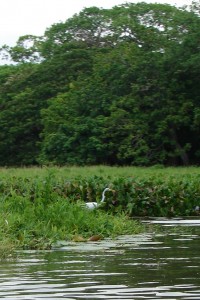 from the typical colonial like sights (it was also much cooler on the lake then it was in the city – witch was a nice temporal change).

las Isletas is a chain of some 350+ islands created from large basaltic rock debris covered with lush green vegetation such as Mango trees, Guanacaste trees as well as other tropical flora. The main population of the islands is made up of local Nicaraguan fishermen and boatmen that service the islands,plus other common community items like a restaurant, bars, a school and a cometary.

However like most tranquil attractive areas you will always find wealthy people and foreigners whom have moved in to escape from the real world, living on their own private islands (considered little bits of paradise to some perhaps …) in their weekend cottages and / or holiday homes. This has obviously made the real estate of the area increase and it is pretty common to see for sale signs scattered about on some of the islands boasting some high asking prices.

The tour guide (whom spoke some English – or more so I think may have memorized some information for the tour) and the driver of the boat took us around many of the little islands stopping from time to time to allow us to take pictures and offer some local trivia and info about the particular island. It was kind of like a celebrity or the rich and famous who’s who and where they live, much like you would see in Hollywood, for example we were showed where the owner of the Toyota lived, where the guy who ran the beer companies lived, the bank owners, politicians etc etc.

All witch pretty much was not retained in my little memory (not enough RAM upstairs perhaps).

The area area has some extraordinary species living here including the only freshwater sharks in the world. It also contains other wildlife such as cormorants, kingfishers, parrots, parakeets, osprey , jaguars and 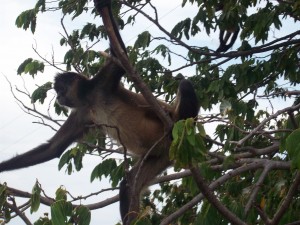 They swung down to the boat as we stopped along side of it. At first I thought that it was kind of neat that these animals lived on such a small tropical island like this but then soon realized that they did not originate on the islands but rather were brought there by the restaurant owner of the adjacent island in order to attract tourists to the islands (and perhaps increase his business I presume). So although the Monkey Island was maybe as genuine as a three dollar bill, it was still entertaining enough to watch some funny monkeys in the so call wilds of Nicaragua. Even though all they really did was throw around an empty coke bottle and pleasure them selves playing with their genitalia while posing for the camera.

Well I wasn’t actually counting but it sure didn’t seem like there were over 300 islands and if so we went by them pretty fast. so after the refreshing change from the city heat it was back to shore and then back to Managua to check on the update of our Customs problems. 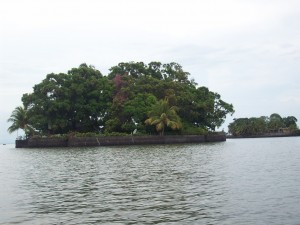 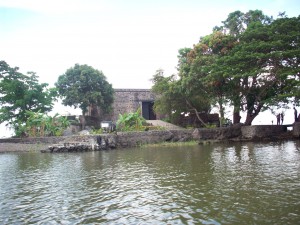 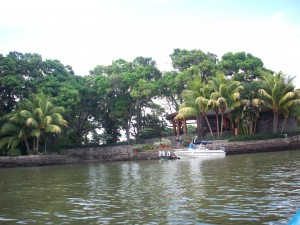 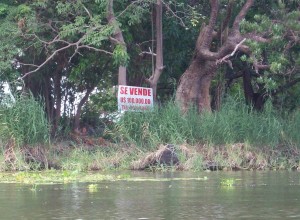 After checking out the smoking Masaya Volcano / National Park on our second day of site seeing we continued south to the city of Granada (… we were told that it is supposed to be the country’s nicest city and a perfectly preserved colonial masterpiece … so I expect there will be plenty of tourists, or at least more then there are in Managua).

The city of Granada, rich in history and culture, is situated on the northwestern shore of Lake Cocibolca is Nicaragua’s fourth largest city and historically one of Nicaragua’s most important places both economically and politically. 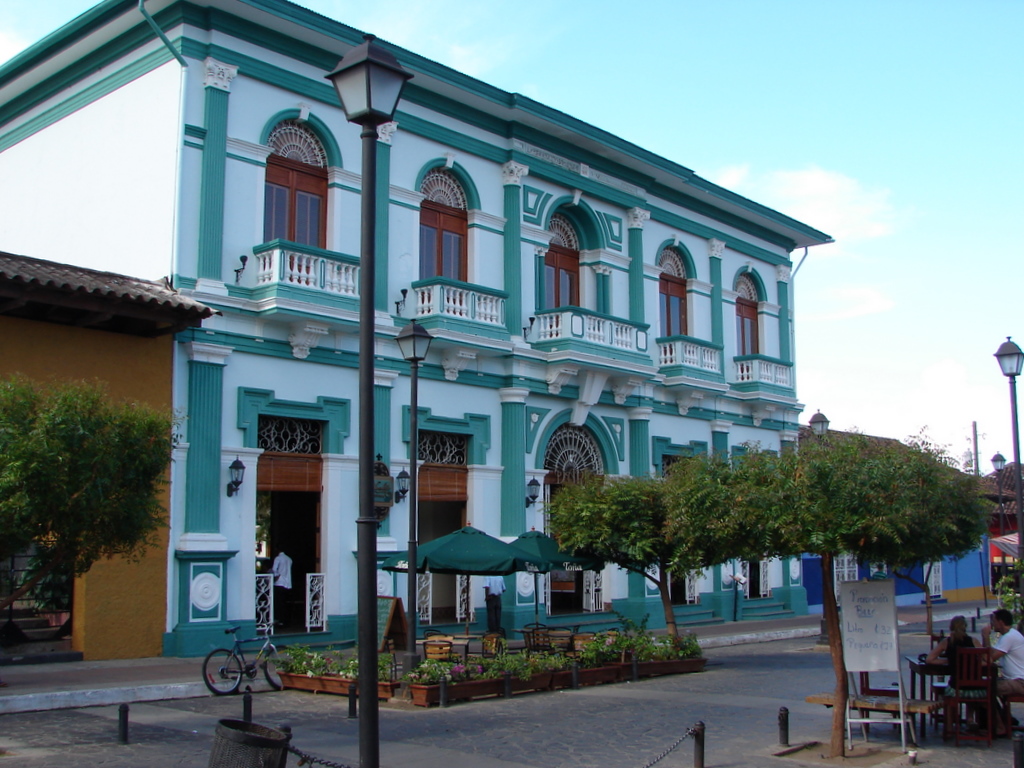 The city has a strong colonial heritage, easily evident from the architecture and layout of the large Spanish built homes, businesses, churches and other buildings over looked by a picturesque volcanic background. It is one of the main destinations for most international travelers (except for people like us who come here to go to work in the Rain Forest :) regions) that come to Nicaragua.

Like most colonial cities in Central America, Granada is built around a main square (known as Parque Central) with many churches and cathedrals and other historic looking buildings. Located close to the Parque Central you will find Granada’s cathedral, city hall, banks, cultural centers, hotels, as well as many small shops and stands 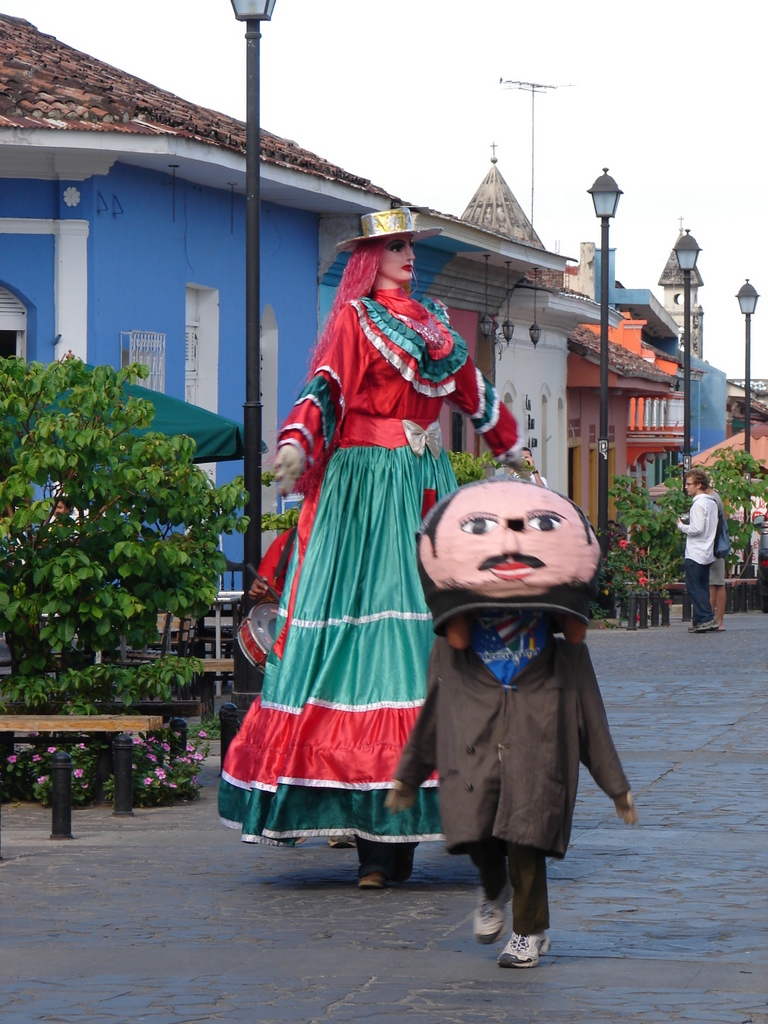 Parque Central is like the hub of the city’s social life and always full of activity. Everyday you can come here to find people selling their crafts, food (street food here was good, although I don’t really know for sure what it was I ate!) and other items, watch entertainers, meet others hanging around and also the young entrepreneurs that are after the tourists money providing just about any service from watching your car to showing you around.

One of the busiest avenues of the city starts on the left side of the Cathedral and runs all the way to the lake. It is bordered on both sides with large colonial houses, shops, restaurants and historical buildings. As you walk down the street you kind of feel like somebody special as all the shop merchants and waitresses try to persuade you to come into their little shop / bar or restaurant offering many specials or highlighting their gifts or items. ( Although very tempting, I managed to get through with out breaking the bank … ). 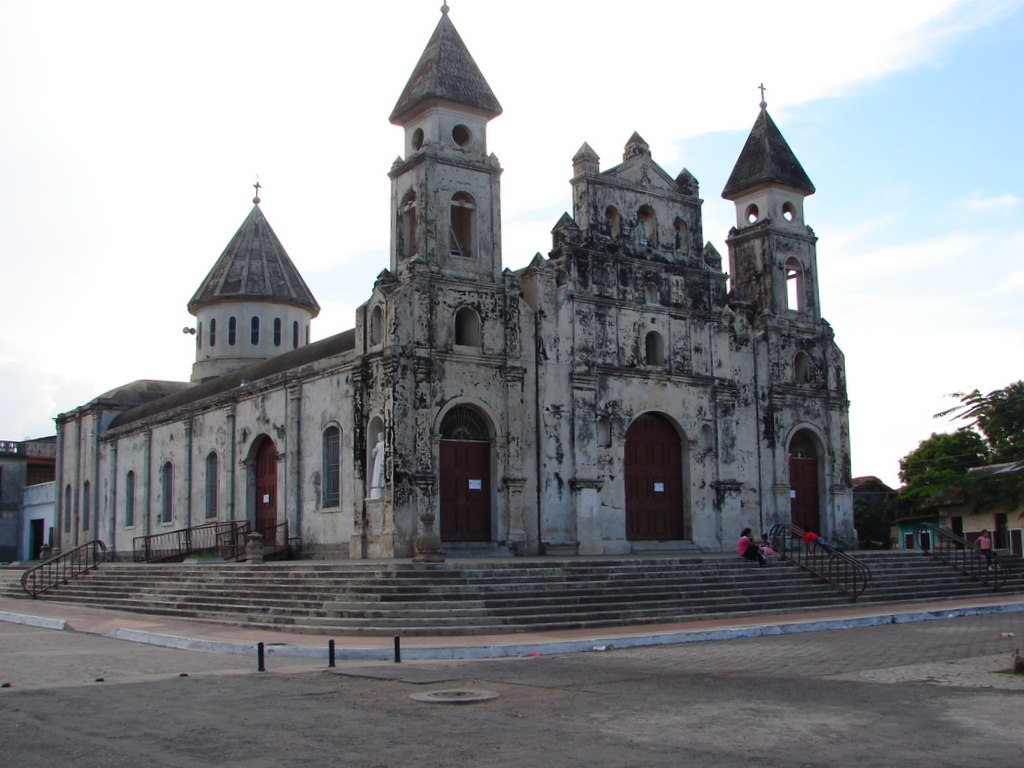 the end of the street is yet another large stone built heritage church (Iglesia Guadalupe), one that has saw plenty of damage over the years. This one was used several times as a stronghold during battles because it was close the water front. Not sure why all these churches have been destroyed and rebuilt so many times nor why a small town needs so many, just like many of other Central America cities there are numerous churches and cathedrals (and all within walking distance usually) most with very interesting architecture and history.

At Iglesia La Merced they allow you to climb (for a $1 donation … well worth it) the very narrow stair case of the bell tower onto the rooftop where you can get an amazing view of the city and see all the tiled rooftops and court yards of the buildings below. I could imagine that this steep narrow climb would not be allowed back in Canada (let alone walking on the roof top unsupervised) as I am sure it would be deemed un safe (or have many signs and alterations making it loose its rustic dare-ful charm), but in a country like this where people have “No Fear”, it is just the norm.

Beside the large yellow cathedral (yes it too was destroyed once … but has been rebuilt and looks pretty sharp as a backdrop to the busy Parque Central) there is a large cross like monument (that kids seem to like to play on …), I have been told us that there was a time capsule buried underneath it containing common artifacts and personal belongings of the 19th century. .. 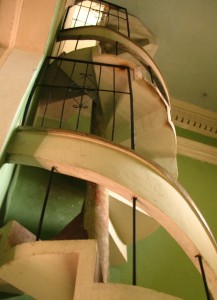 Maybe I will come back with my shovel later and see if any gold was buried with it.

Now as nice and quaint as a place like this can be one can only walk around, eat local cuisine and admire the architecture, people and churches for so long … therefore when a young lad came up to us offering us a boat tour of Archipielago las Isleta we took him up on it.

Granada borders on Lake Nicaragua, the counties largest fresh water body (no where as big as our Great lakes but none the less very large). He promised us that on the tour we would see where some of the richest in the country live, see some historic forts and buildings (yet more architecture …) and perhaps see some the local wild life and nature such as birds, fish, monkies etc. Very exciting to some I sure but more so a nice change from the typical colonial like sights (it was also much cooler on the lake then it was in the city – witch was nice).

Continue to the Next stop on the tour … 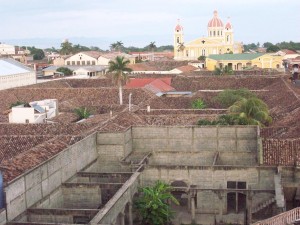 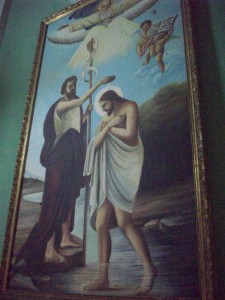 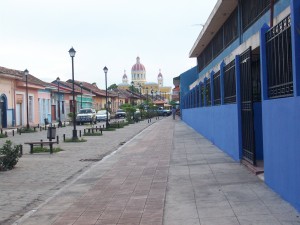 Continue to the Next stop on the tour …