You are here: Home1 / GIS and Geomatics2 / Travel Blog3 / Canada

Mealy Mountains located in the southern portion of Labrador, is situated south of Lake Melville, north of Sandwich Bay and borders the Labrador Sea. The mountain range encompass over 26 thousand square kilometers of forests, tundra, wetlands, coastal barrens, lakes, beaches and bogs. This large remote region contains many scenic areas, many of witch I was fortunate enough to get to see while surveying various areas of the soon to be National Park.

During the past decade I have been fortunate enough to travel all over North America and one of my recent work trips brought me to Labrador for the first time. The actual field work took place in various places throughout the Mealy Mountains and surrounding coastal areas, so for the this job were we based out of the small town of Cartwright.

Well yet another stay in the small northern town of Dryden has come around … it is centrally located between Thunder Bay ONT and Winnipeg MB, along the Trans-Canada Highway. It is the home town of NHL super star Chris Pronger and Max the Moose, the town’s mascot, a large cement statue whom stands 18 feet tall and weighs nine tons, found outside the Dryden Information Centre.

Currently doing a few small LIDAR jobs in the Sioux Lookout area. Sioux Lookout is a town in northern Ontario (about a 4 and half hour drive west from Thunder Bay). It claims to have a population of 5200 and also known locally as the “Hub of the North” (although I see that phrase in other northern towns as well). 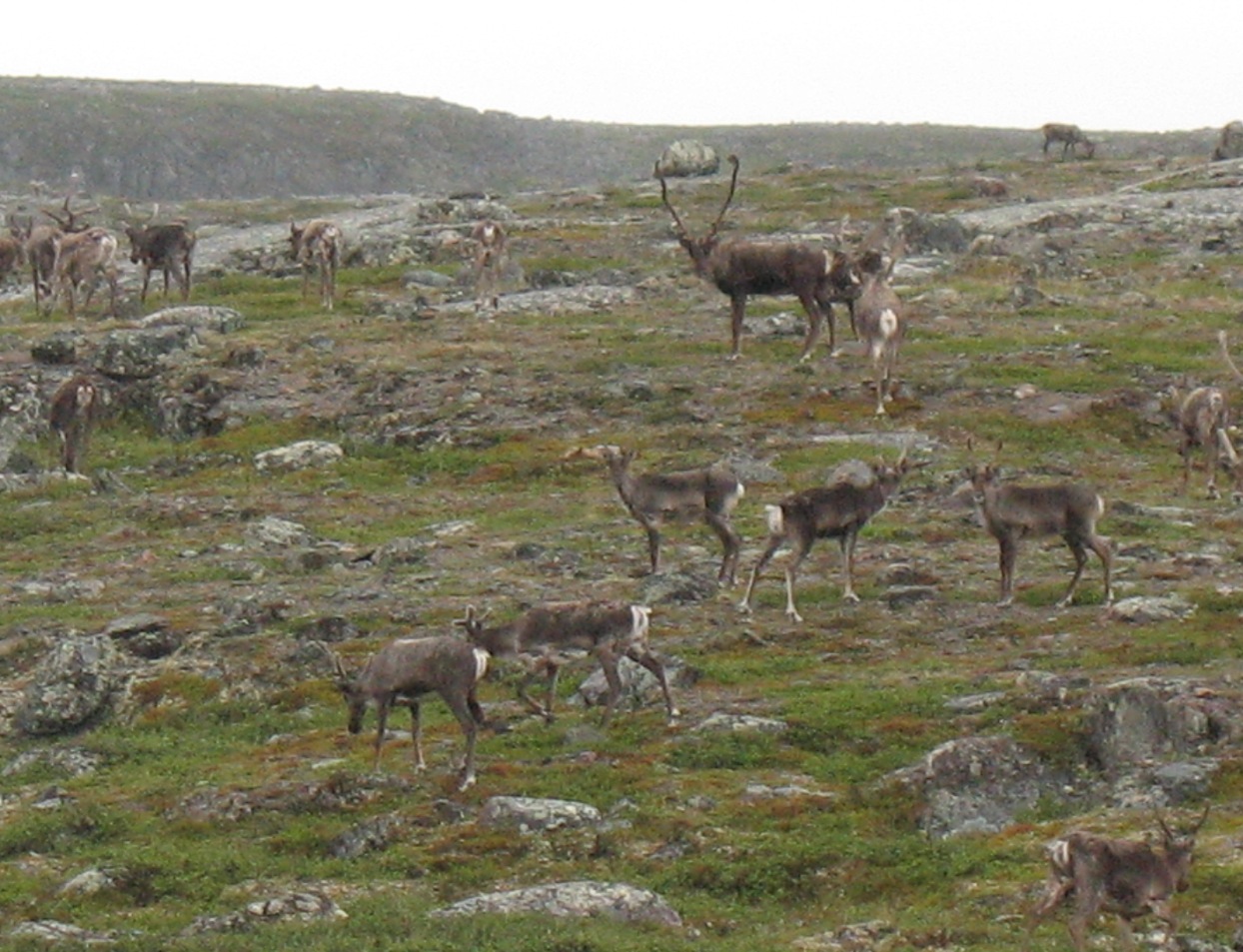 and also the highest latitude (67 degrees north) that I have been to.

The scope of this trip was to survey an all weather road that would pass through several mine sites in the Canadian north and connect them to a new port to be built in Bathurst Inlet up on the Arctic Ocean. We were based out of Jericho Diamond Mine site in the Kitikmeot Region for the job because of the central location and the services offered at the facility. The mine is located about 400 km northeast of Yellowknife with no roads connecting it to any other places.

I am sure that Nunavut is probably one of the least traveled places by most Canadians maybe because it is so remote with no roads (or very few) connecting it to the rest of Canada making it very hard to get around. Due to the lack of the roads in this area, I almost 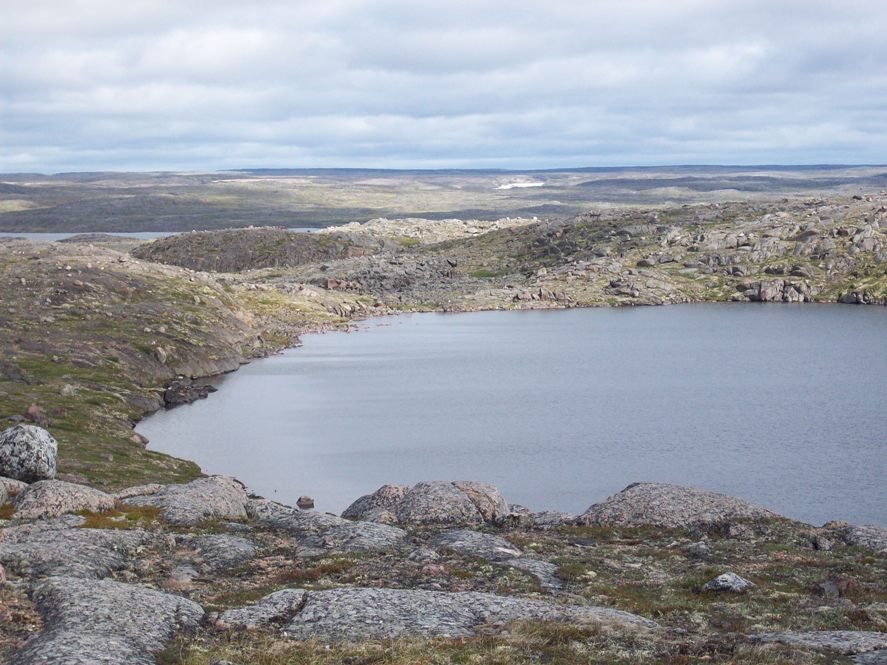 always traveled by helicopter ( … sometimes by plane). Flying everywhere high above the Earth certainly provides a much better perspective to view the interesting topography and geology here created by various different ice ages over time.

Way above the tree line spread all through out the tundra are hundreds of boulder fields, short vegetation, lakes, and wildlife in fact that is almost all you see for miles and miles. I saw herds of caribou traveling around the area as well as muskox, wolves, fox, arctic hare, and various types of birds. 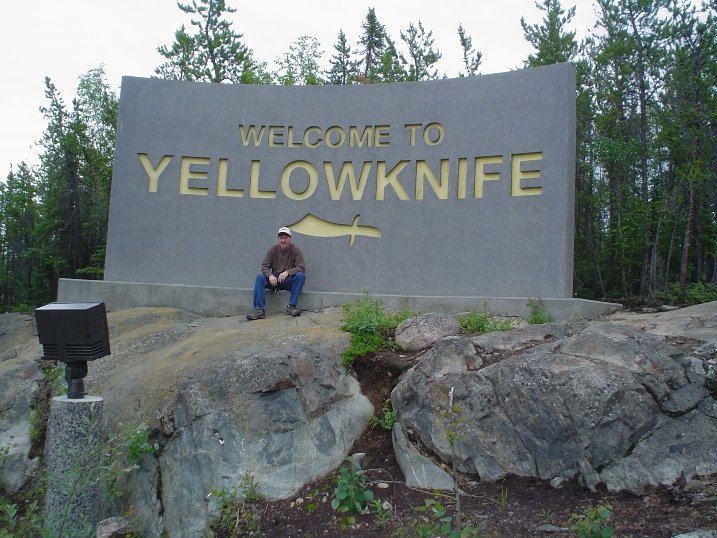 Finished up my first survey in the North, will be headed back south tomorrow after a small 4 day trip. Would have been nice to have a few more days up here to get out and explore or do some fishing (but these smaller in and out jobs are nice to have once and a while).

I did get a few hours free to check out the City of Yellowknife (probably all we needed) and had lunch at the famous Wild Cat Cafe, witch was kind of neat. Saw a some strange things here and there too like a ford truck turned into a home made snow mobile.

The job here was for a small fixed wing aerial LIDAR survey of an area northeast of the city of Yellowknife, and just south of Gordon Lake. The terrain there was really rocky, due to the extreme rugged Canadian Shield and very sparse soil cover. I was some what surprised though by the amount of trees that were there, it wasn’t heavily forested by any means but trees were fairly abundant and we had to choose our landing places wisely. 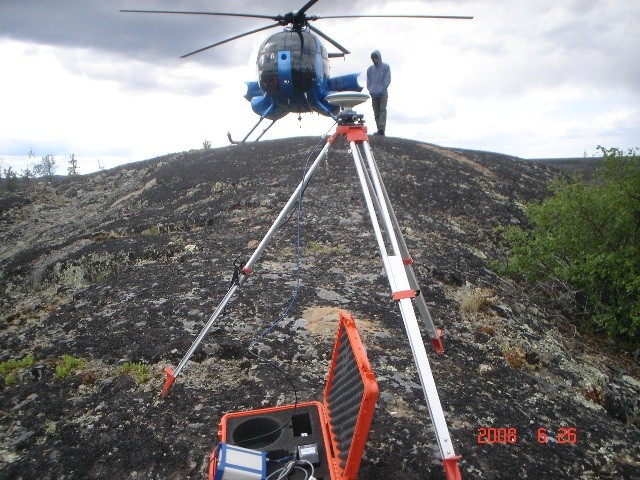 Gordon Lake is one of the lakes that they use to create the famous winter Ice Road that allows goods and equipment to be shipped up north to the diamond mines for a few months every year. We actually fuelled at one of the base camps that builds and services the road so met a few neat people there with interesting stories to tell.

Gordon Lake had the most mosquitoes I have ever experienced by far. dark swarms of them clouding around us every where we went.We flew into the area to do our ground GPS control survey via a neat little MD500 helicopter and were quickly swarmed by the little buggers. They were not actually doing much biting due to the amount of bug dope we had by man it was hard to concentrate on work. After 3 or 4 hours of that we were happy to get back to town free of those little critters.

Here are some photos of our work out at Gordon Lake, NWT. 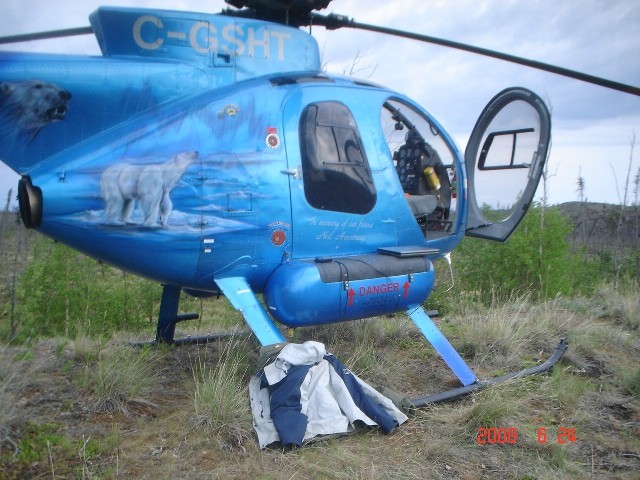 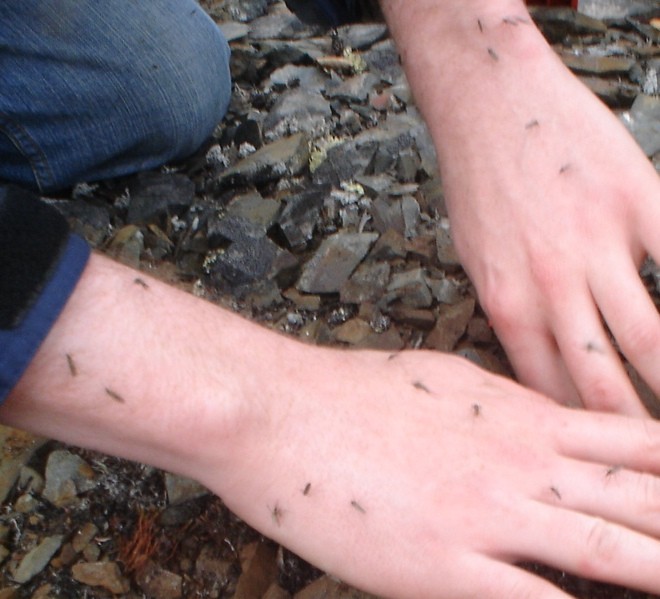 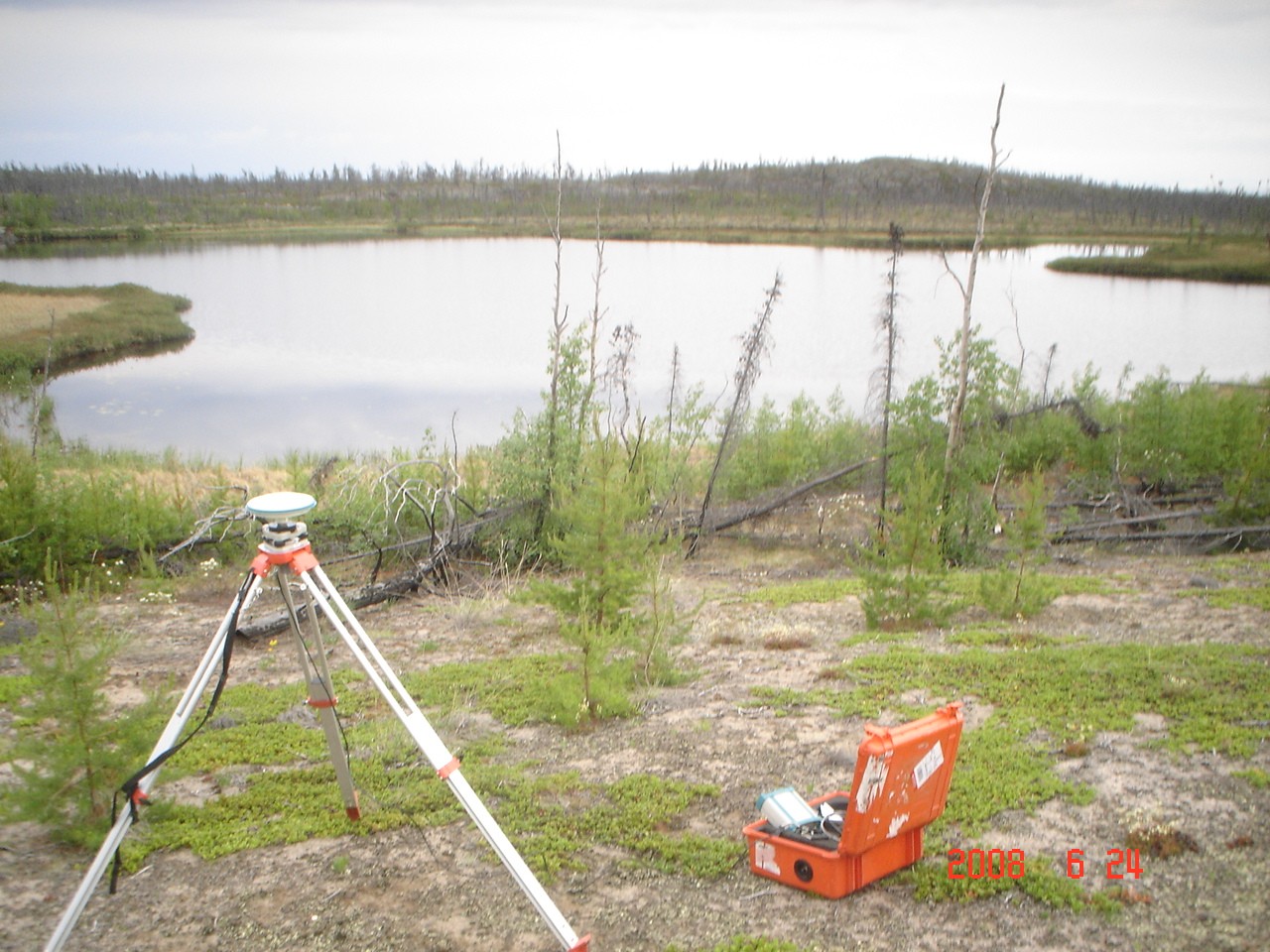 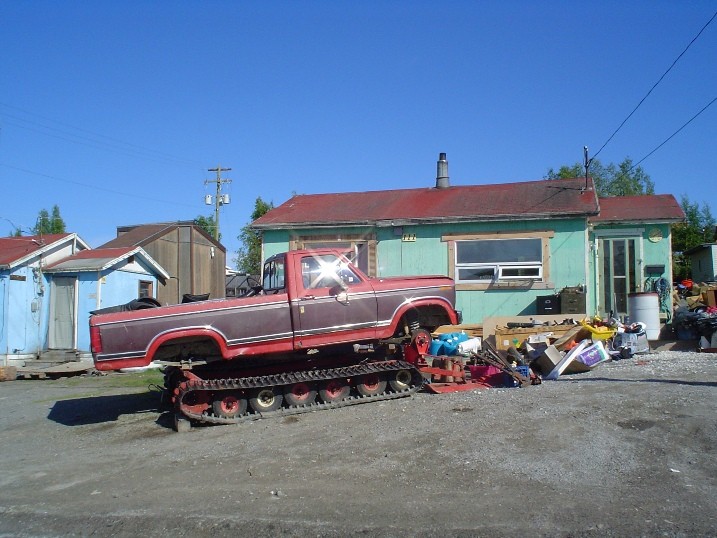 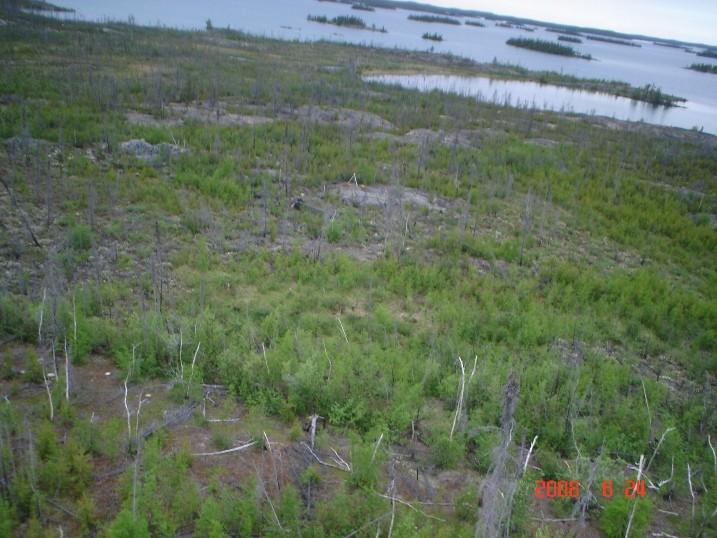 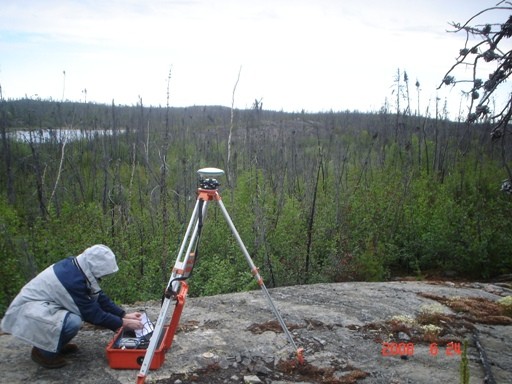